Menu
Bringing Professionals together to engage, debate and share opinions on the crowded UK investment landscape. For Professional Clients only.
Money Marketing
The UK advice profession

Claire Trott: Pension planning should not all hang on the tax year 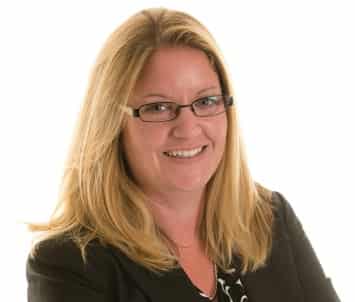 Clever planning will spot where gains can be made for clients

As we head towards another tax year end, it is time to start considering whether it will have an impact on clients’ retirement decisions. But not everything pension-related has to be timed around the tax year. A careful eye on timing is important all year round.

Before we start, though, just a quick word about carry forward.

We all know there are certain allowances you want to use up each year, such as the annual allowance.

But be sure to consider what will be lost if not used and what will still be available in the next tax year, especially for those subject to tapered annual allowance or in a defined benefit scheme.

Carry forward was designed to help those with fluctuating income and pension input amounts. Using up every penny of an allowance when it could be carried forward may not be the best thing to do.

For those at or near the lifetime allowance, there are also considerations about when you should crystallise pensions and the tax year end is just one of them.

Pre-commencement pensions These pensions are ones that commenced before A-day: 6 April 2006. Clients that have come to you in the interim may not have considered the implications of these pensions on the other funds they have saved up.

This appears to be especially true of those that intend never to access their money purchase funds because their DB pensions are sufficient for their lifestyles.

Every year without fail, I speak to advisers that have clients in this situation. It will become less and less as those with pre-commencement pensions hit 75 and their last lifetime allowance test, but do not forget you could access the pension earlier when these were put into payment.

The issue here is that, on the first post-A-day crystallisation, the pre-commencement pension is tested against the lifetime allowance.

This was more of an issue when the lifetime allowance was reducing, because it meant a larger amount set against a smaller allowance.

The test only occurs once, so then you will know what has been used and can plan accordingly.

Crystallising near the lifetime allowance For those thinking of accessing benefits soon, we may well have the opposite issue to contend with.

The question is, should you wait until after the end of the tax year to crystallise the funds?

Take, for example, someone with a fund of £1.04m. If you were to crystallise now, there would be a lifetime allowance charge on £100,000. Should you wait until the beginning of the new tax year, you could save the tax on that £100,000, assuming there was no growth in that time. That said, waiting may cause other issues in a volatile market, so there is no exact science to it unless you own a crystal ball.

Age-75 test One last issue we have is the age-75 test. Should the client be hitting 75 with drawdown or uncrystallised funds? In the next few weeks, there may be little you can do, but for those with a bit longer, planning in the run-up to this date can be crucial. Firstly, for those that want to access their lifetime allowance excess as a lump sum rather than it remaining in the pension, this needs to happen before the age-75 test.

Yes, they can draw the funds out as income after the fact, but if they happen to also be an additional rate taxpayer, the charge will end up at more than 55 per cent.

The second issue is with regards to drawdown funds. The age-75 test here looks purely at the amount put into drawdown initially compared with the value at age 75. This does mean that, in many cases, you have plenty of time to manage taking income if required and appropriate, to avoid a lifetime allowance charge.

Again, for some it makes more sense to leave the assets within the scheme paying the 25 per cent charge but, if you leave it too late, the option is taken away.

As with most things in pensions, there is no right answer for all clients and not all these issues will impact them. It is a case of spotting where the small gains can be made, if needed.

SMCR is here whether you’re ready or not

ESG is coming, but more top down than bottom up…..