Menu
Bringing Professionals together to engage, debate and share opinions on the crowded UK investment landscape. For Professional Clients only.
Money Marketing
Brexit

With a final plan for Britain’s exit yet to surface, advisers are showing positivity in the face of uncertainty

Rarely has a deal been so harshly slapped down as the European Union exit plan presented to MPs two weeks ago by Theresa May.

There are less than 70 days to go before the UK reaches the planned date for leaving the EU, and we have yet to see a concrete plan.

But while the British government and EU negotiators have arrived back at a crossroads, advisers seem to agree they have less to fear than many business owners.

Many remain focused on UK clients, and market uncertainty and financial insecurity mean advisers’ skills are more sought-after than ever.

When Money Marketing surveyed readers before Christmas, 39 per cent said it was most likely the UK would remain in the EU.

Aegon research last year showed positive sentiment among advisers, who voted Brexit the second biggest opportunity to their profession over the next two years.

The same research also showed some identified Brexit as a threat, but the more immediate concerns for advisers lay closer to home. The advice gap, the savings gap, the need for greater financial education and the lack of new entrants to the profession are not problems that any form of deal or no deal with Europe can cure.

But as legislators and regulators have failed thus far to devise plans that would give any clarity on 2019, 2020 and beyond, experts say extra attention on investment decisions remains necessary until the haze lifts.

Investors traditionally hate uncertainty, so for clients with a keen interest in the investment side of advice, financial planners will need to be able to explain individual positions clearly.

Managing currency exposure is a key concern, with sterling continuing to fluctuate wildly in the countdown to 29 March.

He says: “Sterling also fell, although markets, perhaps unlike voters, are ruled by the head and not the heart. Perhaps we need to be remembering that a small share of a big pie is better than a large share of no pie.”

“If investments are denominated in sterling, then they are seeing a currency loss in all this in addition to any investment return, assuming the funds will be converted back to euros,” he adds.

As confidence goes down, Zero Support managing director Phil Young says investors will want to sit on their hands and keep money in safe places.

He says: “You only need to look at basic things like pricing to know there are major disadvantages to currency at the moment. Investors will want to stick to what they know and advisers will need to work around that.”

Premier Asset Management chief investment officer Neil Birrell says advisers should note it will be a while until UK equities gain any traction again.

He says: “Because a Brexit outcome at one extreme or the other is more likely, global markets may move ahead and the UK will follow to some extent. Sterling is likely to remain volatile though and investors will likely want to stay out of equities and bonds until there’s more clarity too.”

While delaying or revoking Article 50 looks increasingly unlikely, Natixis Investment Managers chief market strategist David Lafferty says the government could “push the pause button before the train flies off the tracks” and stabilise some volatility.

He says: “Most people just want to see an end to the uncertainty, but the sad truth is that the uncertainty is still prevailing without a clear Plan B.”

The type of firms affected by Brexit

Hefty headwinds
Advisers spent a large part of 2018 coming to terms with Mifid II regulations, which are set to remain in place for now for trade purposes.

With this in mind, advisers also need to consider clients’ changing attitudes to risk while under a tightening watch from the FCA.

DeVere Group chief executive Nigel Green says: “As the uncertainty rumbles on, portfolio diversification should remain the major strategy for most.

“The longer the Brexit process is extended, the less chance of no deal and greater chance there is of a second referendum that will reject Brexit, or a soft Brexit.”

Deloitte partner Stephanie McMahon says clients should also be made aware of external influences over their portfolios, including potential hikes to interest rates.

Aegon pensions director Steven Cameron says adviser sentiment may have weakened on all of these headwinds. “I wouldn’t be surprised if the number of advisers who told me they thought Brexit was a threat last October has increased. With the threat lying in the value of their clients’ portfolios, advisers should be encouraging clients into long-term solutions,” he says.

Advisers can take comfort from remembering Brexit presents short-term manageable threats to client money rather than a wider threat to advice, Cameron adds.

The Brexit saga creates both difficulties and opportunities for investors. As we have seen over the past few weeks, the financial markets, specifically gilts and the pound, are very responsive to the actions of the government. Financial markets were quite pessimistic until MPs voted overwhelmingly to reject the withdrawal agreement proposed by Theresa May last week.  Meanwhile, the clock is continuing to count down towards 29 March.

As we see it there are only three possible options for the UK government to resolve things. Firstly, they could rescind Article 50 and effectively call off Brexit, they could seek an extension to negotiations or accept a no-deal hard Brexit.

Although a number of opinion polls recently have suggested that UK voters now favour remaining in the EU, there seems to be no majority in the UK House of Commons to reverse Brexit.

If Article 50 was rescinded we’d foresee a very positive response from financial markets, both in the UK and across Europe. Bond markets would likely sell off, currency would rally, equities would probably go up. But this seems to us the least likely option.

The second option – extending negotiations – seems to be the most likely outcome. As any extension has to be agreed unanimously by the other EU members there is some uncertainty there and markets don’t like uncertainty.

The chances of a no-deal Brexit are probably around 30 per cent. The impact of such an outcome would be significant, but I doubt a hard Brexit would necessarily be the end of the world. In many ways it could offer the quickest route to the certainty that markets crave. The initial response would likely be negative while bond markets would rally significantly and gilts would probably revisit their historic lows.

Investors looking to hedge against a hard Brexit might want to consider being long UK government bonds or be underweight sterling. The currency exposure of individual investors is probably the best risk/opportunity around Brexit and therefore due thought should also be given here.

Picking up on passporting

Many advisers are already well into laying the groundwork for how Brexit may affect them by now. With a presumed transition period of more than two years however, there is still time to reassess strategy.

The most immediate concern is making flexible arrangements for clients overseas.

Passporting – the exercise of the right for a firm registered in the European Economic Area to freely do business in Europe – remains under threat for many advisers.

The FCA says that while the agreement may change, advisers should prepare for passporting in its current form to be cancelled.

“This will affect firms and funds based in the UK that conduct business in the EEA and firms and funds based in the EEA that carry out certain types of business in the UK,” the regulator adds. “Firms should have plans in place now to address any risks. Firms should only make changes, however,  where they are in customers’ best interests, avoiding making changes for customers who are not impacted and whose existing arrangements would be better left in place.”

It is not known how many UK advisers have clients on the continent, but 2017 estimates from the United Nations place close to 1.5 million Brits living in EU countries.

Cameron says: “Passporting is the biggest issue at the moment because with the significant chance that under a hard Brexit any sort of arrangement like passporting will be cut entirely, there is a lot for advisers with clients overseas to deal with.”

Young adds: “If advisers have clients in Europe, that’s a huge problem, especially in the potentially likely event of a no-deal.

“It may still be feasible to have clients overseas, but it could be expensive when it comes to personal indemnity insurance and additional tax costs.”

Murphy says advisers do not have time to shy away from tough conversations.

He says: “Don’t hide from client communication when they need our support and advice more than ever in volatile times. They want to know that we are there and that we are looking out for them.”

John Westwood, group managing director at Gibraltar-based Blacktower Financial Management, says: “Not only do clients require [advisers’] calm to steer them through uncertain and uncharted waters, but firms themselves need to stay composed and attentive to ensure that they continue to meet regulatory standards when and if the transition period takes effect.”

Blacktower services British clients in 12 EU countries including Spain, France and the Netherlands where concerns over retirement income and pension access are mounting.

Paul Stanfield, chief executive of adviser body the Federation of European Independent Financial Advisers, says clients will likely feel safer with their money invested in domestic funds in the UK, regardless of whether the returns reflect well on that choice.

As ever, clarity is the missing ingredient advisers need most, along with confidence in their approach, says Murphy.

“Managing the investment needs of European clients is still fairly similar to UK clients and they aren’t changing too much yet, although everyone is aware that we may be in for a very volatile period in a few years.”

Money Marketing’s readers were split at the start of the year on whether 2019 would yield a recession. While 35 per cent thought markets would take a turn for the worse, 35 per cent were more positive and 30 per cent were undecided. Until there is more conclusive action, advisers’ immediate fears seem tolerable, Young says.

“In the years since the RDR, advisers know how to handle volatility and uncertainty, and they know how to manage their clients.” 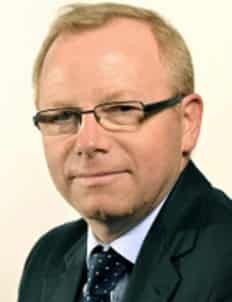 Clients care about Brexit as far as it impacts their investments and people have been sitting on their hands lately talking about liquidity and risky assets. That means they missed a modest January bounce in the markets after a poor December.

The advisers’ role right now is to encourage clients to stay calm and think long-term because a short-term view will probably backfire. The bad Brexit news is that things are priced in and there could be a huge market crash-out.

Any good news would be seeing markets bounce back. The pound will be the most hit if they do and things could get messy quickly unless your clients have diversified portfolios.

Regulation and Brexit biggest concerns for 2020

Q1 Guide to the Markets with Karen Ward

Election result: What does it mean for UK equities?

Tories return to power with majority