Menu
Bringing Professionals together to engage, debate and share opinions on the crowded UK investment landscape. For Professional Clients only.
Money Marketing
The UK Economy

As we move from the industrial age to the information age, society’s attitude towards protecting the planet has changed considerably. The results of the damage being done to the environment, in the form of more frequent and more intense natural disasters, are becoming impossible to ignore. At the end of 2017, the US faced three Category 4 hurricanes. We have since had floods in Kerala in India, wildfires in California, and the list goes on.

Not only is the human impact devastating but the cost of hurricanes Maria and Irma has been estimated to be $140bn (£109bn). The higher the value of assets, the greater the economic impact of climate-related events, making responsible investing a form of risk management for a portfolio manager.

Protecting the environment is now a priority for consumers, companies and governments. Investors are becoming increasingly alert to these sustainability challenges and are demanding more information from companies as to how they are minimising their negative impact and often how they are increasing their positive impact.

Social media has helped speed up the dissemination of information as Twitter, Facebook, Snapchat and others have allowed people to voice their concerns and share their opinions about sustainability in a way they could not before.

Another driver behind responsible investing moving into the mainstream is the millennial generation. As money moves from the hands of the older generations into the pockets of millennials, future investors will be more concerned about how their investments impact the environment, thus achieving positive change. 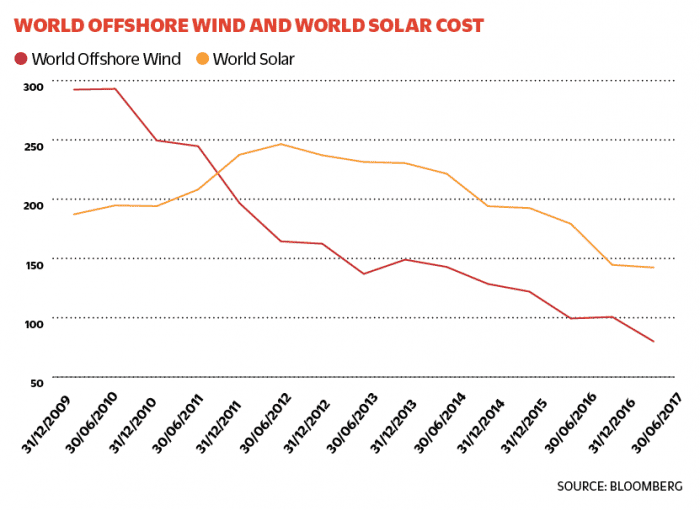 One increasingly talked about area of investment is renewable energy. It is anticipated that renewables could soon be cheaper than all alternatives as production costs drop.

US wind power has experienced a 40 per cent drop in production costs over the past decade, while the costs of producing utility-scale solar power have declined by more than 60 per cent over the same period.

Not only are costs dropping but demand is increasing, as many US states are now required by law to boost clean energy usage. US solar power is expected to continue to rise, with 2016 being a record year, as tax credits benefited the industry.

Germany is also increasingly relying on renewables for electricity generation, and they now make up around 35 per cent, while coal has dropped to 40 per cent, making renewable energy an exciting area for long-term investment.

Another problem the world faces is clean water supply. According to the World Economic Forum’s annual global risk report, the water crisis is number five in the top 10 impact risks, beaten only by weapons of mass destruction, extreme weather events, natural disasters and failure to mitigate climate change. 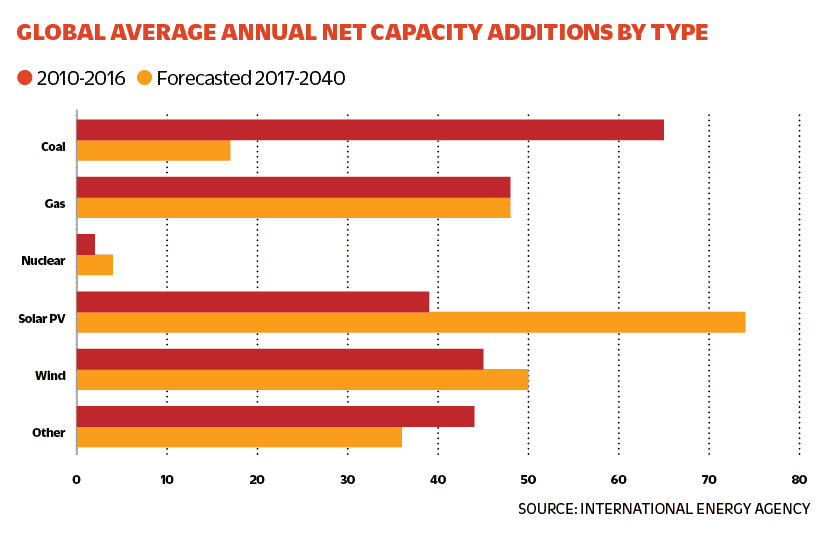 Despite being named as one of the top global risks we face, it gets significantly less attention, particularly in regions where we naively believe water supply to be abundant. Around 97.5 per cent of all water on the Earth is seawater and hence undrinkable. The remaining 2.5 per cent is fresh, however only a small proportion of this is usable.

After ice caps and unreachable water are accounted for, we are left with only 0.25 per cent, accessible through lakes, reservoirs and river systems. Water is classed as a human right and as such it is seldom priced as a scarce economic commodity.

We frequently waste water without understanding the severity of the situation. Globally, water usage is growing at twice the rate of population growth.

Technology and engineering will need to play a key role in alleviating this pressure on the natural resource as ongoing rises in urbanisation create further demand.

The water sector represents $600bn, and sustainable solutions in the water and waste water sectors are an attractive area of investment.

The environmental market is now worth $2tn globally and by 2020 it is estimated to grow to $3tn.

These thriving industries present a huge buying opportunity and should not be missed because of the myth around ethical/responsible/impact (or any other name) investments equalling lesser returns than traditional ones.

March Budget to mark return to investment and borrowing

Q1 Guide to the Markets with Karen Ward