Menu
Bringing Professionals together to engage, debate and share opinions on the crowded UK investment landscape. For Professional Clients only.
Money Marketing 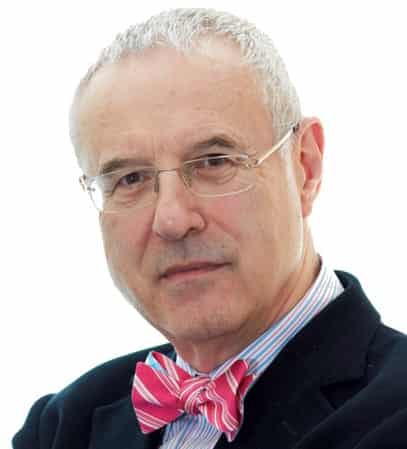 “A gentlemen could jog along comfortably on £40,000 a year!” was the judgement of a man who knew what he was talking about when someone’s worth was measured by income rather than capital value.

This emphasis on income was common throughout the 19th century, as attested by numerous references in the works of Jane Austin at the start and Oscar Wilde at the end of the period.

When “jog along” Jack Lambton, first Earl of Durham, made this pronouncement, the figure was the equivalent in today’s inflated money of about £4.4m a year. His income came from coal, but the income favoured by more recent commentators is generally rather more diversified. And there are indeed modern-day financial practitioners who believe we place too little emphasis on income from client’s investments.

The equity income story is an old one, but it has considerable merit. Now there is a modern twist on it for retirement income from Aegon investment director Nick Dixon.

Total return investing has become more fashionable in recent years, but income-based investing still has its adherents, with Dixon one of the most convincing as we witnessed at the recent Platforum conference.

What follows is my take on his views. In the 1970s and 1980s, the equity income story was mostly confined to UK equities. Then, as now, UK equities saw significantly higher yields than those of most other markets and dividends from equity income funds had held up well, even through the horrors of the early-1970s bear market.

Looking at three of the main asset classes in terms of their income, we have in some senses returned to the 19th century – at least in terms of the relative yields. Back then, well before the cult of the equity, shares generally yielded more than bonds in recognition of their greater capital risk. Today, UK gilts yield a mere 1.3 per cent, global equities 2.3 per cent and UK equities a thumping 4.1 per cent.

"The equity income story is an old one, but it has considerable merit. Now there is a modern twist on it for retirement income"

So, what is the case now for equity income investing?

Well, first of all, it has a good track record for growing in the long term. It has produced compounded annual growth of an impressive 6.6 per cent since the turn of the century. All this despite going through the greatest recession since the Second World War.

The level of income clients decide to take from their investment portfolios is then dependent on whether they draw more than the yield. Obviously, the more investors draw in total the more they eat into their portfolio’s capital value.

One of the strengths of the investing for income approach is it is relatively easy for advisers to explain and clients to grasp the two risks: to their spendable income and to their residual capital. Most of us do mental accounting, separating income from capital. It is like the fruit and the tree, or the rent and the property sale value. Then deciding to draw a bit more of the capital value year by year covers most of the decisions clients need to make about risk.

Many advisers will dismiss the approach, but it is certainly worth thinking about.

Danby Bloch is chairman of Helm Godfrey and consultant at Platforum

The UK Edge
We use cookies to help improve your experience. By continuing to browse our website you are consenting to our use of cookies.
Learn more