Menu
Bringing Professionals together to engage, debate and share opinions on the crowded UK investment landscape. For Professional Clients only.
Money Marketing
The UK advice profession, The UK Economy, Regulation

The fight for value: Will the FCA’s new rules shake up asset management? (Long read)

The FCA’s final rules on fund managers’ value for money are set to have far-reaching impacts on the way the £7trn UK asset management sector operates.

Asset managers are faced with tougher rules from the regulator to prove they practice what they preach following the FCA’s hard-hitting reviews of the sector over the past two years.

In an eagerly-awaited policy paper published last week, the FCA has confirmed it will go ahead with some key measures to enhance independence on funds’ boards, and to tackle weak price competition and lack of clarity in fund objectives.

While few surprises were expected in the final FCA rules, experts say some of the measures it put forward could have a more profound impact than originally thought. Questions also remain over how the FCA will address cost disclosure and how “value” needs to be assessed.

FCA executive director of strategy and competition Christopher Woolard said the new measures “aim to achieve a fair, transparent, open and accountable market” to make sure the asset management industry “is working as well as possible.”

Money Marketing has gathered views from the industry on who the new rules will hit hardest and whether they will fix the faults of the sector.

As part of its asset management market study, the FCA has finally published the rules it expects the sector to live by.

It has introduced new rules forcing fund managers to ensure their products provide value for the end investor. The study also introduces a requirement for fund managers to appoint a minimum of two independent directors to their boards. The FCA has also launched a further consultation, in which it asks fund groups to give feedback on how they can improve the way they communicate fund objectives to clients.

New rules will force managers to shed clarity on when a fund is benchmark-constrained, when a fund’s holdings differ from the index and how to disclose information when a fund uses one or more benchmarks.

The Lang Cat consulting director Mike Barrett says some of the new rules will create a shift in mindset across companies. He adds some rules will not be particularly impactful on their own, however a combination of them – like more independence on boards coupled with the senior management regime – will be significant.

He says: “There will be a mind shift of people that are now liable on things being on the board, so directors will keep the clients on their minds. A few fund groups will ignore the rules to the last minute. Some will have the first mover advantage but the FCA said there will be a need for 480 non-executives overall and that’s a lot of people to be recruiting.”

To show that the products fund managers offer are worth it, experts believe there is a risk firms might interpret the meaning of value in different ways to each other. As a result, a senior consultant source says pressure will mount on some fund managers over how they will charge clients when they separate the costs of asset management from other costs, such as custody or transaction costs.

He says: “There will be pressure on fund managers to charge the equivalent institutional rate for the pure asset management of a fund. For example, if you are the authorised fund manager and you consider value for money and the cost of custody, transaction and others are 10bps, what we are paying the investment manager for this portfolio is 65bps.

“Then you say how much you will be charging a pension fund for the same mandate and if that is less than 65bps, how do you justify that as value for money? That could be quite scary for fund managers.”

The source says firms will also fight against explaining specific fund objectives because doing so will make managers “very accountable”. 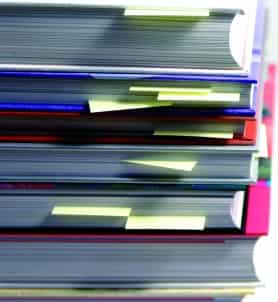 November 2015: Terms of reference launches for a market study into the UK asset management sector. The regulator had concerns about the effectiveness of the market in delivering value for money

November 2016: The FCA publishes a 200-page interim report outlining numerous issues across the investment industry. This included; poor value for money in active management, inadequate advertising of passives and lower costs and high profitability of vertically integrated firms and conflict of interest

June 2017: Final report suggesting a series of remedies to fix the asset management sector. The FCA suggests an ‘all-in’ fee for funds, more independence on fund boards, the ban of box profits and more clarity in explaining fund objectives – The FCA launches a consultation paper to get feedback from the industry on its package of remedies

April 2018: The FCA publishes its policy statement confirming the measures to tackle competition in the asset management sector. A second consultation on fund objectives is launched and will close on 5 July 2018

Furthermore, defining objectives will also expose the relationship fund managers have with the incentives they receive.

Overall, Dechert financial regulation partner Richard Frase says the FCA rules could result in an uneven playing field, as they are too focused on the UK domestic market.

He says: “[The FCA proposal] is a tidying up exercise focused on the domestic retail market. Insofar as non-UK funds are sold to UK retail investors they will not have to meet these standards. This suggests an unlevel playing field. Brexit would be an opportunity to address this.”

Progress in the making

Money Marketing has contacted some of the largest asset management firms in the UK to ask how they plan to respond to the new rules.

Aberdeen Standard Investments co-chief executive Martin Gilbert says the newly-merged giant asset manager is already “well advanced” in the adoption of the FCA rules. He says the firm has been undertaking value for money analysis already on “a trial basis”.

Ian Thomas, Pilot Financial managing director
Assessing value for money is very difficult. In an active management space, how can you say how much is skill and how much is luck? Asking people to do their homework is useful for managers to get an independent statement on their performance but I remain unconvinced that this will make a difference.

Gilbert also says the firm will appoint two independent non-executive directors to the main UK business with one of them acting as a chair. Gilbert expects independent directors to represent 40 per cent of the board.

He says: “In my experience, independent directors can play an important role in representing the interests of fund shareholders. The inclusion of a new prescribed responsibility under the senior managers and certification regime is very welcome, and the wider extension of the regime will increase individual accountability and focus.

“Overall the FCA’s package of policies will benefit investors as they will ultimately improve the way the asset management industry works and serves its customers.”

Old Mutual Global Investors chief executive Richard Buxton also points out the firm has been responsive to the FCA rules, which look “sensible and achievable”.

Buxton says: “We are pleased that the regulator has taken on the industry’s recommendations to reduce the emphasis on cost alone by eschewing the phrase ‘value for money’ in favour of understanding the value of the entire proposition.

“As an active manager that prides itself on running funds with high active share and high tracking error, we are confident that we will be able to demonstrate we are adding value for our clients and will work on implementing the reporting process in time for the deadline.”

Axa Investment Managers, which controls €746bn (£650bn) globally, is reviewing the FCA report in detail but welcomes the rules on independence and value assessment.

An Axa IM spokeswoman says: “We want to help investors cut through the noise and empower them to make the right investment choices, therefore we aim to keep our communications clear and our processes transparent.” Aviva Investors, JP Morgan Asset Management, M&G, Royal London Asset Management and Woodford Investment Management declined to comment.

However, both JP Morgan AM and Woodford IM have been part of the FCA’s fund objectives working group over the past six months. Other firms including Fidelity International, Orbis, St. James’s Place and Standard Life Investments are also part of the group.

Blue Whale fund manager Stephen Yiu says the recently-launched firm already provides value to investors by releasing in-depth stock research. However, he questions whether proving value needs to be regulated, since this comes at a cost to businesses.

He says: “At the moment, demonstrating value is something that only the entrepreneurial fund groups do as a unique selling point and we would be happy for this to remain.

“From an industry point of view, [the FCA rules] should help consumers wheedle out the good from the bad. This is never a bad thing and should benefit the active management industry in the long run, providing the regulatory costs of doing this are not punitive.”

A focus on fees

The FCA says it will ask managers on the overall value they offer to clients, and not just when it comes to costs. As a result, the regulator didn’t clarify what it plans to do about the “all-in fee” proposals outlined in its interim report. The proposal suggested fund managers should include an estimate of trading costs in one single pricing figure.

The FCA said Mifid II and Priips regulations have recently introduced greater disclosure of all costs and said it will consider changing rules and guidance to mandate certain forms of disclosure in its upcoming investment platforms market study.

Commentators didn’t welcome the FCA’s shift of focus away from costs. Frase says the FCA seems to have recognised the “practical difficulties” that would be involved in creating an all-in fee system.

KPMG head of wealth and asset management regulation Jacqui Hughes also says the debate around how best to manage and disclose full fund costs is here to stay. She says: “An opportunity has been missed to make a significant improvement to investors’ value for money immediately. The regulator has fallen short of introducing an end-date for trail commission to advisers, even though one was imposed on platforms.”

Shore Capital equity research analyst Paul McGinnis says there needs to be more fund charges which will be linked to performance.

He says: “The tone of the proposals asking fund managers to justify how their fees are earned takes you down a route to accept that revenue streams come with performance.”

The FCA said it is down to asset management firms to work out how to calculate performance fees fairly for investors. However, the regulator is also consulting on changing rules around performance fees.

McGinnis says: “We prefer the business models of those active asset managers whose product set is sufficiently strong and differentiated that it enables them to attract strong levels of net inflows while simultaneously charging meaningful performance fees.” 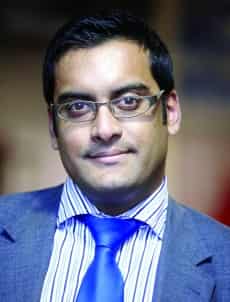 Raj Shah, Blue Wealth Capital financial planner
It is only fair that this is happening. It is still worrying many fund managers are not transparent and people don’t know what they are paying for. If people have to document [value for money] it is brilliant as you can distinguish from a manager to another. But a manager can interpret value in different ways from what the FCA intends by it.

March Budget to mark return to investment and borrowing